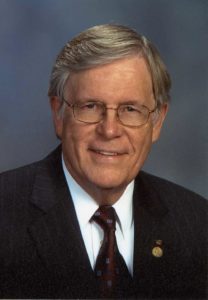 Congratulations to Richard Crain on being named the next recipient of the National Band Association AWAPA award during the NBA General Membership meeting at the 2018 Midwest Clinic. The formal presentation of the award will take place at the 2019 Midwest Clinic. The Academy of Wind and Percussive Arts (AWAPA) award was established for the purpose of recognizing those individuals who have made truly significant and outstanding contributions to furthering the excellence of bands and of band music. It is not to be limited to band directors, but to anyone who’s contributions are determined to be so outstanding that they deserve and warrant honor and recognition. The nine inch silver “AWAPA” figure is designed to be the “Oscar” of the band world.