Congratulations to these outstanding conductors! 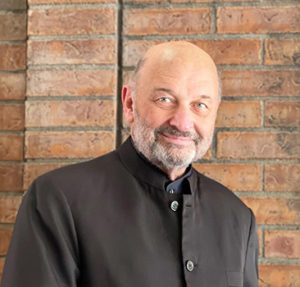 A native of Greeley, Colorado, Dr. Lowell E. Graham recently retired as the Director of Orchestral Activities and Professor of Conducting at the University of Texas at El Paso (UTEP). From 2002-2014 he served as Chair of the Department of Music. He has held numerous conducting positions including that of the Commander and Conductor of the United States Air Force Band in Washington, DC. As a USAF Colonel, he became the senior ranking musician in the Department of Defense.

In March 1995, he was honored with membership in the prestigious American Bandmasters Association (ABA), the professional association of master conductors and musicians. Membership is considered the highest honor achievable by American bandsmen; it recognizes outstanding achievement in the field of concert bands. In 2018 he served as the 81st President of ABA. In 2014 he was named as the President and CEO of the John Philip Sousa Foundation.

Graham is the recipient of numerous awards and honors including the University of Northern Colorado School of Music “Hall of Honor,” the Catholic University of America’s 1998 Alumni Achievement Award in the field of Music, and the Award of Distinction for Contributions to Music Education from the Illinois Music Educators Association. In 2003 he was the recipient of the Phi Beta Mu International Outstanding Bandmaster Award, and in 2008 he was honored by the American School Band Directors Association with the A. Austin Harding Award for “making significant and lasting contributions to the school band movement.”

Graham has released recordings on six labels — Naxos, Telarc, Klavier, Mark, Altissimo and Wilson — that have been recognized for both their artistic and sonic excellence. These recordings have been recognized in Stereophile’s “Records to Die-For” list, The Absolute Sound’s “The Super Disc List,” as well as one having won a Grammy. 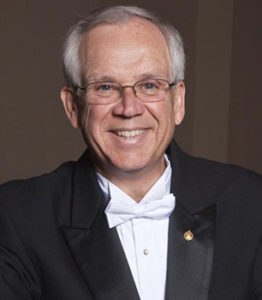 Joseph Hermann is Director of Bands Emeritus at Tennessee Technological University in Cookeville, Tennessee, where he served for 28 years. Under his leadership the Tennessee Tech Bands grew to a level of national prominence, over 25 new pieces were premiered, and the wind and percussion program became an influential force for bands in the Southeast. Graduates of Tech and past members of the TTU Bands are leading educators, performers in the premiere military bands, and orchestras, and composers, arrangers, recording engineers, and music business directors across the nation.

Before his appointment at Tennessee Tech in 1989, Hermann was a director at the University of Arizona, Indiana University, and East Tennessee State University. His secondary school teaching includes directing the Dowling High School Band, West Des Moines, Iowa, and supervising the Des Moines Catholic Instrumental Music Program.  In addition, he served briefly as the Educational Director for Bands of America and McCormick’s Enterprises.

Hermann has presented clinics, workshops, and has conducted in over thirty states, in Canada, and throughout Japan.  His symphonic bands have been featured ensembles at state, regional and national conventions, and recordings of his ensembles have been issued as reference for music educators nationwide.

Hermann has been a career-long member of CBDNA, NAfME, NBA, the Tennessee Bandmasters Association, has served as the editor for the New Music Reviews for the Tennessee Musician, and is a past board member of the Tennessee Music Educators Association. In 1996, Hermann was elected to the prestigious American Bandmasters Association, served as a member of its Board of Directors, and in 2009, Hermann functioned as the 72nd President of the ABA, served as the Chair of its Board of Directors, and currently works as Chair of the ABA Foundation. He is a member of Phi Beta Mu, a past President of the PAC-10 Band Directors Association, a past Province Governor for Phi Mu Alpha Sinfonia, and holds National Honorary membership in Kappa Kappa Psi and Tau Beta Sigma. He is an Associate Member of ASBDA. He is the recipient of the KKѰ Distinguished Service to Music Medal in Conducting and the TBΣ Paula Crider Outstanding Band Director awards. In 2015, Hermann was inducted into the Tennessee Bandmasters Hall of Fame. 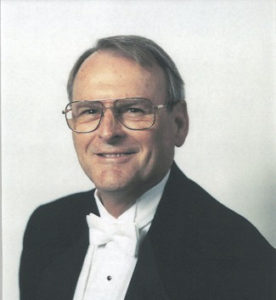 When Don Wilcox retired as Director of Bands from West Virginia University in the summer of 2005, he had guided the growth and development of the University’s band program for 34 years. During this time the WVU Wind Symphony performed numerous special concerts for regional and national conventions of the ABA, CBDNA, MENC, and WASBE, and toured nationally. Additionally, the WVU Mountaineer Marching Band was named the 1997 recipient of the Sudler Trophy.

Wilcox is the recipient of numerous awards and recognitions, including: West Virginia University’s Outstanding Teacher Award, the 1993 Golden Apple Outstanding Faculty Award, and the Heebink Award for Outstanding Service to the university and the state. He has received special citations from four Governors for his contributions to the state of West Virginia and at WVU’s 2008 commencement he was awarded the University’s highest honor when he was inducted into the Order of Vandalia.

Wilcox is a Past President of the American Bandmasters Association and has served on the Board of Directors of both the ABA and the John Philip Sousa Foundation. He was chosen for the Great Teachers Seminar and was the first teacher to be named Distinguished Fine Arts Alumnus of California State University at Long Beach. Wilcox is the recipient of the Sudler Order of Merit from the John Philip Sousa Foundation as well as a National Arts Associate of Sigma Alpha Iota. In 1997 he was awarded the Distinguished Service to Music Medal from the National Council of Kappa Kappa Psi, and in 2006 was named National Outstanding Bandmaster of the Year by Phi Beta Mu. In December of 2011 he received the Midwest Band and Orchestra Clinic’s Medal of Honor

Throughout a teaching and conducting career spanning over half a century, since his graduation from the University of Michigan, Wilcox has worked with musicians of all ages and abilities, conducting bands from one-room schools in rural Appalachia to several of the major concert halls in the world, and in all 50 states and 23 foreign countries. In the fall of 2008 he returned to Tokyo, Japan for his fifth time as guest conductor of the renowned Musashino Academia Musicae Wind Ensemble, each three-month visit culminating in tours of Japan and CD recordings for Sony. Wilcox has served as guest conductor or visiting lecturer at more than 80 universities in the United States, Europe, Japan, Thailand, Australia and China, and in “retirement” conducts the Northport Community Band in Michigan.