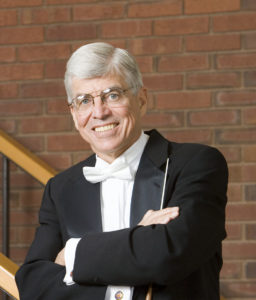 The National Band Association is saddened to learn of the passing of NBA Past President James F. Keene.  Professor Keene served as Director of Bands at the University of Illinois from 1985 until his retirement in 2008. He previously served on the faculties of the University of Arizona and Texas A&M – Commerce.

The National Band Association extends condolences to members of the Keene family and to the thousands of musicians influenced by Professor Keene’s teaching.