The National Band Association announces the creation of a new committee designed to have open conversations about inclusion, diversity, equity, and awareness within the NBA and the profession as a whole.  The new IDEA Committee will provide guidance to the NBA Executive Committee and Board of Directors regarding recommendations as to how the NBA can best serve all individuals, both in the association as well as the profession.  The members of the committee are: 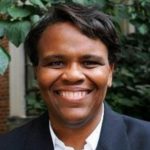 Dr. Arris Golden is the Assistant Director of Bands and Associate Director of the Spartan Marching Band at Michigan State University. In this capacity, Dr. Golden teaches courses in conducting, marching band techniques, conducts the Spartan Youth Wind Symphony, and assists with all aspects of the athletic band program. Before joining the faculty at Michigan State University, Dr. Golden was a member of the conducting faculty at the University of North Carolina at Chapel Hill, where she served as the Assistant Director of University Bands.

Prior to her collegiate appointments, Dr. Golden had a distinguished 18-year teaching career in the public schools of North Carolina. In her last public school assignment, Dr. Golden conducted the premiere of four commissioned works that have become standards in the middle school band repertoire: “Kitsune: The Fox Spirits,” by Brian Balmages (2009), “The Machine Awakes” for young band and electronics by Steven Bryant (2012), “Freight Train,” by Pierre LaPlante (2013), and “The Cave Your Fear” by Michael Markowski (2014).

Dr. Golden maintains an active schedule with engagements throughout the United States and internationally as a guest conductor, clinician, and adjudicator. Dr. Golden has worked with a number of notable composers in the preparation and performance of their works for the wind band medium. Recent and future artistic collaborations include Brian Balmages, David Biedenbender, Tyler S. Grant, Peter Meechan, Aaron Perinne, Alex Shapiro, Erika Svanoe, and Omar Thomas.  Dr. Golden’s professional affiliations include the College Band Directors National Association and the National Band Association. 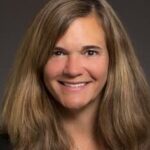 Dr. Elizabeth Peterson, associate director of bands at the University of Illinois, joined the Illinois faculty in the fall of 2015. Dr. Peterson conducts the Illinois Wind Orchestra, serves as the placement coordinator for student teachers and teaches courses in instrumental conducting. Prior to her appointment at the University of Illinois, Peterson was a tenured professor of music education at the Ithaca College School of Music. Dr. Peterson is active as a guest conductor, adjudicator, and school music consultant in the United States and Canada. She presents clinics at the local, state and national levels in the field of music education. Peterson’s two books, “The Music Teachers First Year: Tales of Challenge Joy and Triumph,” and “The Music Teacher’s Later Years: Reflection with Wisdom” are both published by Meredith Music. 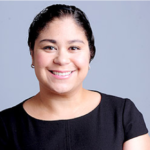 Most recently, Dr. Larragoity-Martin has served as Associate Director of Bands and Interim Director of Bands at New Mexico State University. Before then she served as Associate Director of Bands and Music Education Coordinator at Henderson State University. She has initiated programs with New World Symphony, San Francisco Symphony, and Colorado Symphony Orchestra, connecting her ensembles to professional musicians and experiences. Dr. LM continues to keep an active guest conductor, adjudicator, and clinician schedule with concert bands, marching bands, and orchestras. Dr. Larragoity-Martin has conducted across the United States, as well as throughout Europe, Mexico, and China. An integral aspect of her work comes from her work as Advisory Board Member with CARES Mentoring Movement, a nonprofit organization that delivers socioemotional and career readiness mentoring to underserved and underrepresented students. 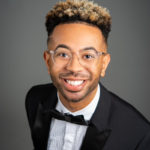 Joshua attended the University of Illinois at Urbana-Champaign where he received his Bachelor of Music Education Degree with Honors.During his time at Illinois, he was a member of the Illinois Wind Symphony, the Marching Illini, the University of Illinois Black Chorus, and many other university ensembles. Josh studied Oboe with Professor John Dee & studied conducting and pedagogy with Dr. Stephen Peterson, Dr. Beth Peterson, Dr. Linda Moorhouse & Professor Barry Houser. 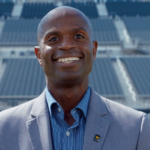 Dr. Tremon Kizer serves as the Associate Director of Bands and Assistant Professor of Music at the University of Central Florida. In addition to serving as the lead administrator for the UCF athletic band program, he conducts the Symphonic Band, teaches courses in music education, conducting, and observe music education student interns. Concurrently, he serves as the principal conductor of the Youth Band of Orlando, a high school honor wind ensemble based in Central Florida. 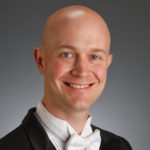 Matt Temple is Director of Bands at New Trier High School in Winnetka, Illinois, where he teaches three wind ensembles and one jazz band. Under his direction, the New Trier Symphonic Wind Ensemble has performed at the Midwest Clinic, Music for All National Concert Band Festival, Illinois Music Education Conference, University of Illinois Superstate Festival, and Chicagoland Invitational Festival. They have also performed in the Sydney Opera House, Carnegie Hall, Chicago Symphony Center, and throughout Italy. In 2014, the New Trier band program was recognized by the National Band Association as an inaugural national winner of the Blue Ribbon Award for “Programs of Excellence.”

Mr. Temple currently serves as the Second Vice-President for the National Band Association and is humbled to be a member of the recently formed IDEA committee. He is a Contributing Editor for the Instrumentalist magazine, and his article, “Promoting Social Justice through On Our New Day Begun by Omar Thomas,” appeared in the summer 2020 NBA Journal. A strong advocate for student-centered instruction, Mr. Temple is Past President of the Illinois committee for Comprehensive Musicianship through Performance (CMP). He has presented sessions on music selection, score analysis, student-centered instruction, and innovative band curriculum at multiple universities, state music conferences, and twice at the Midwest Clinic. He frequently serves as a clinician and guest conductor throughout the United States.