The William D. Revelli Memorial Composition Contest has awarded prizes since 1977. It is named after Dr. William Revelli, who served as Director of Bands at the University of Michigan for 36 years, and served as NBA President from 1976-78. It is the desire of the National Band Association that the winning compositions from this contest reflect its mission in helping further the cause of quality literature for bands in America. Additionally, works chosen as winners should be those not only of significant structural, analytical, and technical quality, but also of such nature that will allow bands to program them as part of their standard repertoire. As a result, a glance through our list of past winners will reveal some very familiar names.

Each year the contest receives approximately 50-80 entries from all over the world. Entries range in scope and quality and are from new to well established veteran composers.  During the evaluation process, entries are narrowed down to a select number of finalists, which are brought to Chicago each December during the Midwest International Band and Orchestra Clinic. There, a panel of leading public school, university, and military band directors meets to determine a winner. 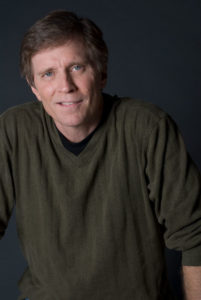 Each year, the NBA William D. Revelli Memorial Composition Contest Committee gathers at the Midwest Conference to select the piece they believe best reflects the mission to help further the cause of quality literature for bands in America.  The 2021 winner is Frank Ticheli with his winning work titled Lux Perpetua.

Frank Ticheli’s music has been described as being “optimistic and thoughtful” (Los Angeles Times), “lean and muscular” (The New York Times), “brilliantly effective” (Miami Herald) and “powerful, deeply felt, crafted with impressive flair and an ear for striking instrumental colors” (South Florida Sun-Sentinel). Ticheli (b. 1958) joined the faculty of the University of Southern California’s Thornton School of Music in 1991, where he is Professor of Composition. From 1991 to 1998, Ticheli was Composer in Residence of the Pacific Symphony.

Ticheli is well-known for his works for concert band, many of which have become standards in the repertoire. In addition to composing, he has appeared as guest conductor of his music at Carnegie Hall, at many American universities and music festivals and in cities throughout the world, including Schladming (Austria), Beijing and Shanghai, London and Manchester, Singapore, Rome, Sydney and numerous cities in Japan.

He is the recipient of a 2012 Arts and Letters Award from the American Academy of Arts and Letters, his third award from that prestigious organization. His Symphony No. 2 was named winner of the 2006 NBA/William D. Revelli Memorial Band Composition Contest. Other awards include the Walter Beeler Memorial Prize and first prize awards in the Texas Sesquicentennial Orchestral Composition Competition, Britten-on-the-Bay Choral Composition Contest and Virginia CBDNA Symposium for New Band Music.

Ticheli was awarded national honorary membership to Phi Mu Alpha Sinfonia, “bestowed to individuals who have significantly contributed to the cause of music in America,” and the A. Austin Harding Award by the American School Band Directors Association, “given to individuals who have made exceptional contributions to the school band movement in America.” At USC, he has received the Virginia Ramo Award for excellence in teaching, and the Dean’s Award for Professional Achievement.

For more information on the composer and his work, visit his website.

The NBA/Merrill Jones Memorial Young Band Composition Contest was established in 1991 as a memorial to Merrill Jones, co-owner of Wingert-Jones Music Company, by his widow, Priscilla Jones. Mr. Jones  was concerned always with helping the young composer. NBA past president Robert (Bob) Foster suggested a young composer contest, which would promote works for young bands. The result was a contest for composers under 40 years of age to be held every other year, now in the even numbered years, and which would produce works for concert band in the Grade 3-4 category.

Works must not exceed eight (8) minutes in length, must be the original work of the composer, and not be under contract to any publisher. Deadline for submission is November 1st. The contest is held every two years unless no winner is chosen. Wingert-Jones reserves the right of first refusal for publication. The current prize to the winner is $2000. The winner is announced at the NBA General Membership Meeting at the Midwest Clinic in Chicago following a meeting of the contest committee. The contest committed is chaired by NBA member Paul Popiel. 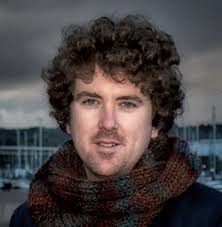 Every two years, the NBA Merrill Jones  Memorial Young Band Composition Contest Committee gathers at the Midwest Clinic in Chicago to select a work which best reflects the ideals of this committee.  The 2020 winner is Tom Davoren with his winning work titled A Midwestern Suite.

Tom Davoren (b.1986) is a composer and band director with a growing international reputation. His music for bands has been premiered, recorded and commissioned the world over by artists including ‘The President’s Own’ United States Marine Band, Central Band of the Royal Air Force, Brass Band of Battle Creek, Cory Band, Philippe Schartz (Principal Trumpet BBC National Orchestra of Wales), Glenn Van Looy (International Euphonium Soloist) and Steven Mead (International Euphonium Soloist).
​
Performances of his work have been given at New York’s Carnegie Hall, the BASBWE London Festival, Royal Northern College of Music Festival of Brass, World Music Contest (Kerkrade), Jeju International Wind Ensemble Festival (South Korea), International Tuba Euphonium Conferences, International Trumpet Guild Conferences, Schagerl Brass Festival, Swiss Solo Quartet Championship and the solo and band sections of the National Band Championships of New Zealand, Australia and Great Britain. He also has a special relationship with the Belgian ensemble Brassband Buizingen, acting as their Associate Composer through 2015 / 16 and became Composer in Residence with the Band of the Welsh Guards, of the Household Division of the British Army, in 2019.

​Away from traditional band repertoire Davoren composed a fanfare for the Royal opening  of the fifth National Assembly for Wales in 2016 whilst his work ‘Legacy’, commissioned by Tredegar Town Band and the Aneurin Bevan Society, celebrated the 70th Anniversary of the British National Health Service through a performance at Westminster Palace, the Houses of British Parliament. His first work for orchestra, Tourbillon, was premiered by Denmark’s Aalborg Symfoniorkester in 2017.

As a conductor Davoren began his career with the BTM Band from South Wales. He has since gone on to success as Musical Director of Desford Colliery Band, Associate Conductor of the Fairey Band, and Musical Director of Bristol’s Filton Concert Brass, who he has established as one of the United Kingdom’s newest championship bands. In 2015 he directed Maidstone Wind Symphony to the National Concert Band Championship title and was honoured to serve as conductor of the National Youth Brass Band of Wales in 2016.  He has also led conducting students and directed the brass band at the University of Salford since 2016. You can view his contesting history at www.brassbandresults.co.uk.

Davoren studied tuba with Nigel Seaman at the Royal Welsh College of Music & Drama and holds Bachelors and Masters degrees in composition having studied with Anthony Powers and Arlene Sierra at Cardiff University School of Music. In 2009-10 he was awarded a research scholarship from the Arts and Humanities Research Council and the Welsh Livery Guild Composition Award. He was also a BASCA British Composer Award nominee in 2011, a prizewinner at the EBBA European Composers Competition 2012 and the recipient of a Harvey Phillips Award for excellence in composition, presented by the International Tuba Euphonium Association, in 2014.

For more information on this composer and his music, visit his website.

The NBA/Alfred Publishing Young Band Composition Contest is sponsored by Alfred Publishing.  Special thanks to composer and music educator Robert Sheldon for his support and guidance in establishing this special partnership with the National Band Association.  This young band contest seeks to find composers writing for grades 1-3.  There is a cash prize for the winner, plus the possibility of the winning work being published in Alfred’s Young Band catalog.  For information, email the contest chair, Audrey Murphy. 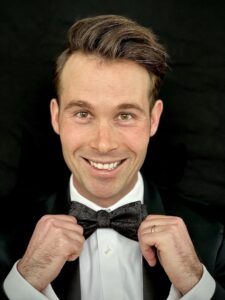 The National Band Association is pleased to announce that The Lighthouse Keeps Watch by Brooke Pierson is the winning composition of the 2020 NBA/Alfred Young Band Composition Contest.

Brooke Pierson (b. 1987) is an award winning composer, conductor and teacher of the year nominated educator out of Ypsilanti MI.  His music has been performed throughout the United States and abroad by groups such as the West Point Band, Michigan State University, the Dallas Winds, the Canadian Royal Air Force Band, and the Banda Musicale Città di Seriate, as well as renowned solo and chamber musicians. In 2018 his piece for brass ensemble “Rise Up” was selected as a winner of the Dallas Winds fanfare competition and in February of 2020 he received the world premiere performance of his Concerto for Tuba and Wind Orchestra with the West Point band (cond. Tod Addison and Keith Kile, soloist). Pierson writes music of all levels with a focus crafting compositions that are equally artistic and accessible to performers and audience members alike.

Pierson holds a Bachelor of Arts in Music Education from Michigan State University and is currently Chair of the Fine Arts Department at the Washtenaw International High School and Middle Academy (Ypsilanti, Michigan), teaching Orchestra, Band, Music History, Music Culture, and Music Composition. He has held this position since the school’s inception in 2011 where he developed the new program. He also served as the music director of Grace Lutheran Church (Howell, MI) for eight years as organist and musician.

To learn more about The Lighthouse Keeps Watch and composer Brooke Pierson, visit his website.

Sponsored by University of Florida Bands 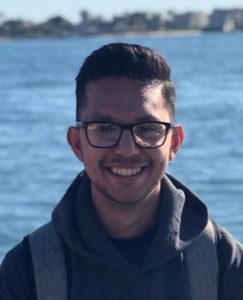 Born in 1993, Jorge Machain is a Mexican native who currently calls Las Vegas his home. He is an active musician in the Las Vegas scene having played shows such Showstoppers at the Wynn, Zombie Burlesque in Planet Hollywood, Georgia On My Mind at the Venetian Hotel, to name a few. Jorge graduated from UNLV with a Bachelor of Music in Jazz Composition and is currently working towards completing his Master of Music in Jazz Composition.

In addition to performing, he composes for both classic and jazz ensembles. He has won multiple Downbeat awards for his arrangements and was a finalist in the 2018 NBA Revelli competition for his piece Bite the Bullet, commissioned by Thomas Leslie, Director of Bands UNLV, finalist of the Morton Gould Young Composer Competition for 2019, and winner of the 2019 NBA Young Composers Jazz Composition Contest for his original composition Por Ahora. Upcoming premiers include a drum set concerto written for Bernie Dresel, commissioned by Thomas Leslie, and a trombone solo commissioned by Joseph Alessi, principal trombonist of the New York Philharmonic.

Learn more about this composer and his music here.