History of the Young Composer and Young Conductor Mentor Projects

In 2000, the National Band Association launched the first of its two Mentor Projects, the Young Composer Mentor Project.  The brainchild of composer and music educator Mark Camphouse, the idea was to pair young aspiring composers with working veteran composers for an intense three-day collaboration.  This soon led to the implementation of the Young Conductor Mentor Project in 2004 under the leadership of project director Paula Crider, Professor Emerita, University of Texas at Austin.  The young conductor component was added at the suggestion of mentor Frank Ticheli, following the first two young composer events.  Over the past 17 years, 40 young composers, and 34 young conductors have distinguished themselves through participation in the YCMP.  The Project places a strong emphasis on the importance of composer-conductor interaction. The young composers and conductors work in collaboration to present public performances of the young composers’ compositions conducted by the young conductors.

Since the Projects’ inception, all composition and conducting mentors have donated their professional services, thereby directly helping to keep the event tuition-free for student participants. Student participants pay for their own travel, meal, and lodging expenses, only. Special gratitude, admiration and respect is accorded to the mentors who, over the years, have provided insights that may take these talented young students to that elusive “next” level of musical excellence far sooner than a solitary musical journey might provide. Of the mentors, Mark Camphouse notes: “They donate their professional services. They serve as mentors because they are genuinely committed to encouraging and nurturing future generations of especially promising and gifted young composers and conductors. They, too are making a difference.” The list of NBA Composer and Conductor Mentors is a veritable “Who’s Who” in the world of wind bands:

During the three-day event, young composer participants have their works rehearsed, performed, and recorded with the young conductor participants conducting. All rehearsals, a final performance, and a recording session are attended and supervised by all composer and conductor mentors. Many alums of this joint Project have gone on to have highly successful careers as conductors, composers, and educators at the high school and college-university level, and with professional military bands. Previous Mentor Projects have been hosted by The Texas Bandmasters Association in San Antonio, Illinois State University, and Arizona State University.

Mark Camphouse points out that a great number of previous YCMP winners have “gone on to become published, widely performed composers . . . and are serving our profession with distinction.” [they are] “proving to be a true lifeline to the future of our wind band repertoire. They are making a difference,” as are the many young conductors who are proving to be the leaders in the “next” generation of wind band conductors.

The National Band Association would like to recognize the Conn Selmer Corporation for helping to subsidize the 2017 Young Composer/Young Conductor Mentor Project. Thank you John Stoner and Tim Lautzenheiser!

Each of the three talented young conductors was paired with a young composer for the purpose of engaging in a month-long collaboration prior to an intensive three-day period of seminars and rehearsals. The six participants were selected via a highly competitive national selection process.

Mark Camphouse remarked, “. . .  words fall far short of describing the incomparable artistic experience provided by the musicians in the U.S. Air Force Band.  Not only were the young composers treated to an incredible performance of their pieces, the young conductors were privileged to enjoy the total focus, professionalism and sensitive response of every member of this outstanding ensemble . . . all, of course, a reflection of the masterful leadership of conductor Col. Larry Lang. Needless to say, the young conductors were more than prepared to bring the young composer’s pieces to life!” And, for the first time in project history, the entire event was live-streamed!

We would also like to recognize the following runner-ups in the composer area: 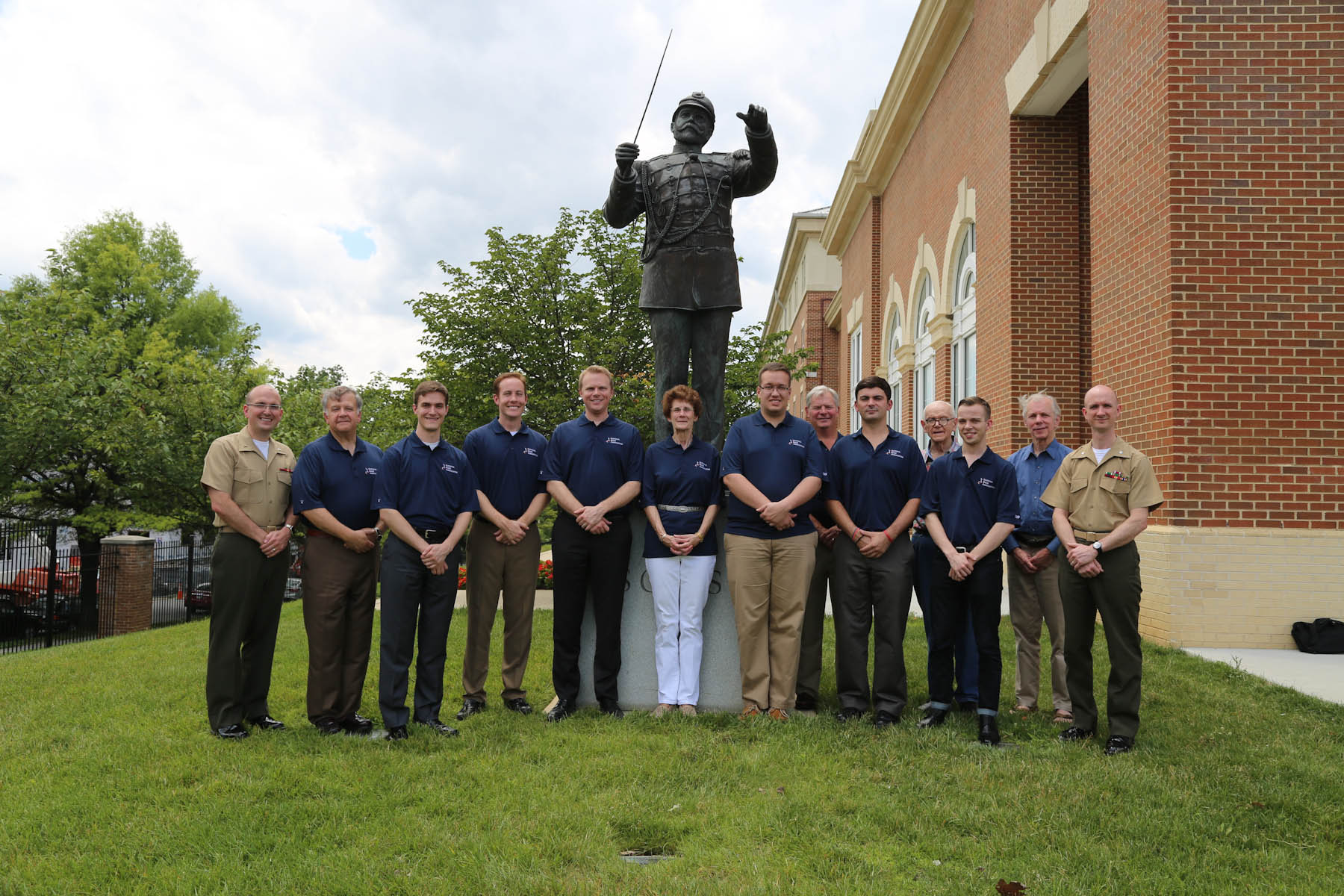 In case you were wondering  . . . 2017 Young Conductor Requirements:

Applicant must be 29 years of age or younger at the time of the competition.

Applicant must submit the following materials: